When Chris Sparkman was getting his new winery off the ground alongside his wife Kelly, he remembered something that had helped boost a restaurant he was running earlier in his career.

This restaurant was not in the strongest cash position and wasn’t performing like it had hoped due to the 2008 recession, so Sparkman and the team brought bartering into the mix via the BizX network, building some new operations around services the community could provide. A few years later, they were a highly successful restaurant and remain so.

Hoping to replicate this success at his own winery, Sparkman incorporated bartering into Sparkman Cellars, helping the winery’s cash flow by using its own products to pay for needed products and services. Not only that, but he also noted how trading through BizX led to other community members turning into new customers.

“It’s about finding creative ways to manage cash flow, in addition to the great connectivity and marketing value,” Sparkman said. “We probably haven’t even fully explored all the services that are available.”

The COVID-19 pandemic has led Sparkman to value its cash flow to an even greater degree but also to undergo more than $100,000 in construction and interior design work with help from the BizX network. Through this period, the Sparkman Cellars team has found that bartering can be the perfect tool for two businesses that might otherwise be struggling.

“We’ve been able to use BizX to engage with some prominent restaurateurs who are in the same boat, trying to paddle upstream,” he said. “We are trying to get things done in an intelligent and creative way, and expanding your network to include these types of people is always a good thing.”

END_OF_DOCUMENT_TOKEN_TO_BE_REPLACED 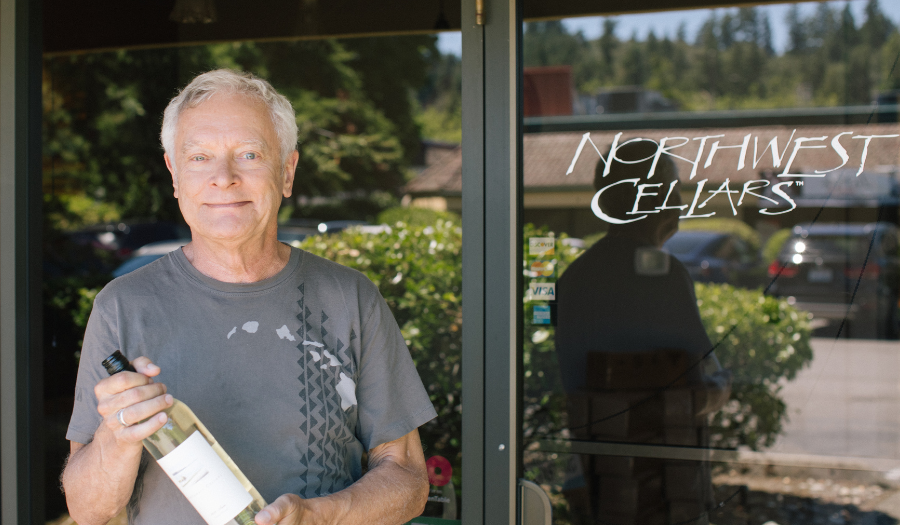 Bob Delf founded Northwest Cellars in 2004, aiming to make high-quality wine with customers having the option of custom or private labels. Along carving out this niche in the area, supporting the community was just as important for Delf. That has led to Northwest Cellars being recognized as one of the top philanthropic business in the state seven years in a row.

END_OF_DOCUMENT_TOKEN_TO_BE_REPLACED

A Winery Finds a Holy Business Strategy in Bartering

Hand of God Wines reaches from the edge of Argentina’s Andes Mountain, one of the world’s finest wine regions, to right here in the Puget Sound, where their winery has wowed sommeliers and local residents alike for years.

END_OF_DOCUMENT_TOKEN_TO_BE_REPLACED 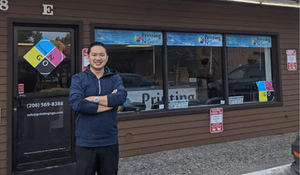 A member since 2014, Tray's company Printing N Go has made nearly $400,000 in sales through the network since then.

END_OF_DOCUMENT_TOKEN_TO_BE_REPLACED

As computing went from room-sized machines to being ubiquitous in every office and many households, and then from the Y2K bug panic to our modern day pocket computers, NuOz has been there to keep its clients connected, managed, and—most importantly—protected with its expansive IT services. With a focus on small to medium sized business and enterprises (but also working with local behemoths Costco and Nordstrom), NuOz (and their subsidiary Revonix) was a natural fit when it joined BizX’s community in 2006.